Get Fascinated by the AKV Vintage Car Event Taking Place at Whitsun, June 6 and 7, 2014

Have you already added this Vintage Car Highlight of Aachen into your schedule?

Unless we will now give you a small taste of the most beautiful vintage cars from near and far talking on it with Mr Josef Schumacher, our interview partner, member of the eleven-member carnival committee of the Aachener Karnevalsverein e.V. (Aachen carnival club).

For the 6th time now, and in its function as responsible organiser of the Aachener Karnevalsverein (AKV), the eleven-member carnival committee organises the so-called vintage car rally “The Race”, starting from the Aachen marketplace with the proceeds being donated for the collection Crous.

For more than three years now Mr Josef Schumacher, member of the eleven-member carnival committee of the AKV,  has passionately managed “The Race” together with a 50-member organisation team. So already Friday afternoon, June 6, 2014, when the rally will start from the Aachen marketplace, the joining vintage car friends will be assured that this non-profit classic car event will run smoothly.

Schumacher: “The truth is that for this year we have not expected such a great number of interested people, as our veteran car rally “The Race” was postponed to Whitsun because of the celebrities of the International Aachen Karlspreis (Charlemagne-Price) taking place on May 25. Other than expected we received more than 180 requests for participation, but due to organisational reasons there are only 122 veteran cars as of 1980 allowed to start. Among them some individual nostalgic rarities with their year of construction going back to 1929. The most ancient one among them is a Rosengart, year of construction 1917, a real museum piece. However, it will not take part in this rally but it will be exposed on the Aachen marketplace for everyone to take a look at.”

What’s behind that kind of commitment?

Schumacher: “My father has already joined vintage car rallies. I guess that this plays a main role with regard to my passion for vintage cars as well as for the vintage aircraft.”

This rally, what’s all about it?

Schumacher: “ “The Race ” is designed to be an orientation rally comprising 11 different tests to pass through to check your skills. So to say a “brain-rally” where in advance the driver and co-driver have to pass a driving test on Friday afternoon. In addition all cars will be inspected and then certified by the TÜV-Rheinland (German Association for Technical Inspection). Starting on Whitsun Sunday at 10:00 AM from the Aachen marketplace the tour will directly cross the border and take the drivers into the Euregio Meuse-Rhine. The really appealing hilly landscape of the Eifel offers the rally participants to experience an unique nature.”

And where exactly does the route of the rally lead along? 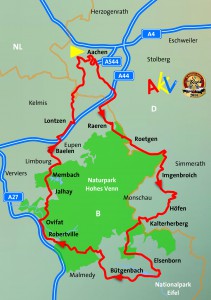 Schumacher smiles: “If I now gave you this information, the drivers would already know the run of the route. Among others, they will be expected to explore the rally route by using their road-book and more than one hundred icons such as “fishbone” or “pacenotes”.

But that’s what I can say right now: Crossing the border, the route directly leads to Belgium.”

On Whitsun Saturday and Sunday, the spectators on the Aachen marketplace may expect a total of vintage cars, that are really treasures being worth of 30 to 600 thousand Euros according their collector’s value with the AKV attaching highest priority to security and providing an on-site professional security service that will watch the classic cars. 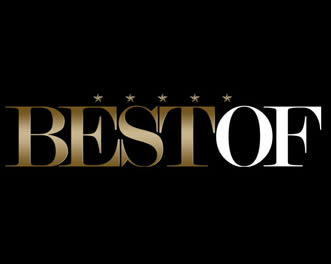